** Applicable for KP-1299 Series (New Gen) within the same network

Sonar Share– Sonar Functions are shared to Client Units (a Fish Finder Server unit is needed in the network such as KP-1299C, KP-1299X or KM-Sonar). (Below is an instruction guide on how to set Sonar Share settings)

For Example: By connecting one ONWA radar antenna (to KM-Router) and one fish finder server (like KP-1299C new gen or KP-1299X), the sonar function and radar function can be shared with all units in the network as shown below:

The range, gain and other settings of radar and sonar can be controlled independently either from server unit or from client units.

To set the Server and Client Unit for Sonar Share, below are the instructions:

1) There is a network settings in the fishfinder menu: 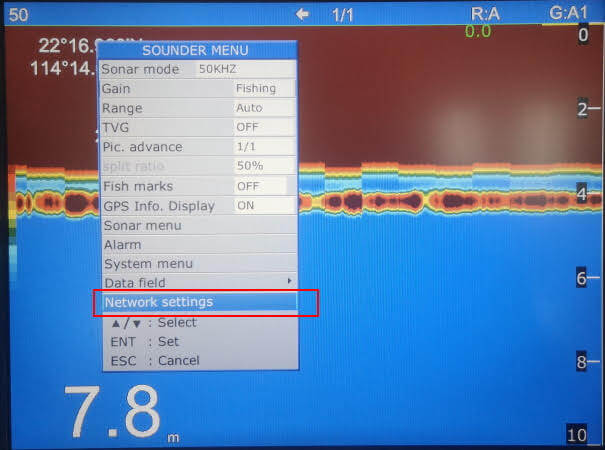 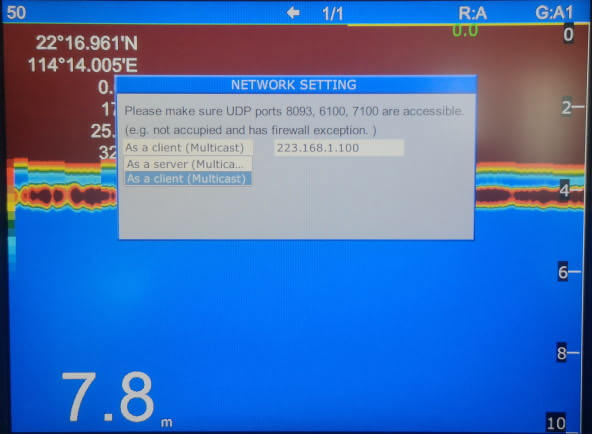 3) In the network if there are 2 servers then the client can select either server. 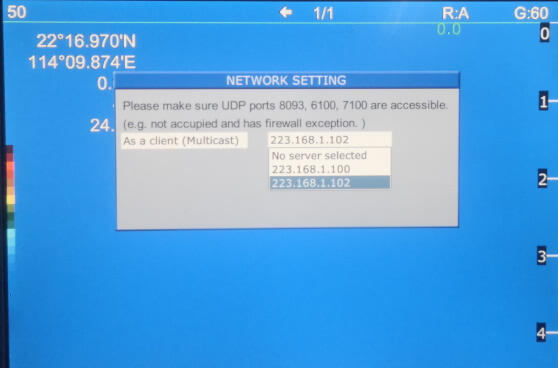