ONWA is the FIRST in the world to include the latest technology of NMEA new standard: ONENET*. With just one Ethernet cable all signals including NMEA (GPS, AIS etc.), Radar and Fishfinder can share to all Onwa plotters in the network.

The OneNet Standard for IP Networking of Marine Electronic Devices is an open industry standard basedon Internet Protocol, Version 6 (IPv6) and the IEEE 802.3 Ethernet Local Area Network. OneNet provides a common network infrastructure for marine devices and/or services on IPv6. All OneNet application protocols, such as PGN Messages, are designed to use a standard IPv6 network protocol stack. This allows OneNet to coexist with other protocols and services that operate parallel on the same network (including other marine standards such as IEC 61162-450). The standard also specifies mechanisms for connecting OneNet networks, NMEA 2000 networks, and other networks via gateway devices. 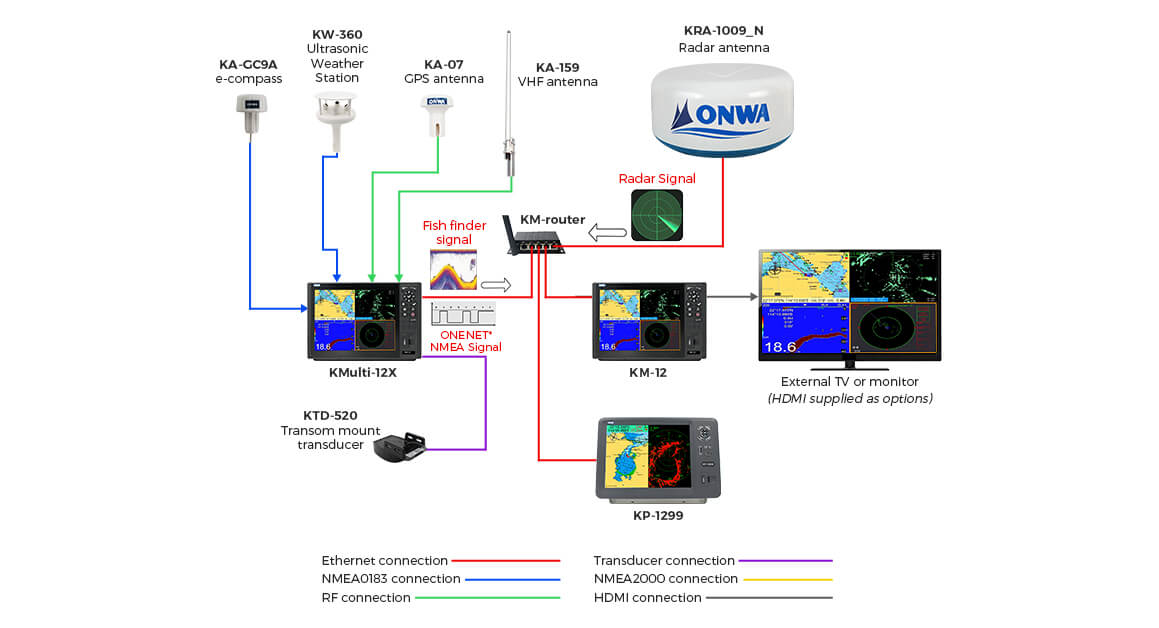